This was a USA amateur sanctioned boxing event that was held at the Boys and Girls Club in Boise Idaho. This event boasted 13 bouts, with boxers traveling and competing from all around the north west. There were also two Law Enforcement Officer specific bouts that were held as the main events of the evening. Several exciting bouts were on display throughout the event! The Northwest Gang Investigators Association was honored to help sponsor this worthwhile event, and looks forward to its continued partnership with the PAL program in the future. 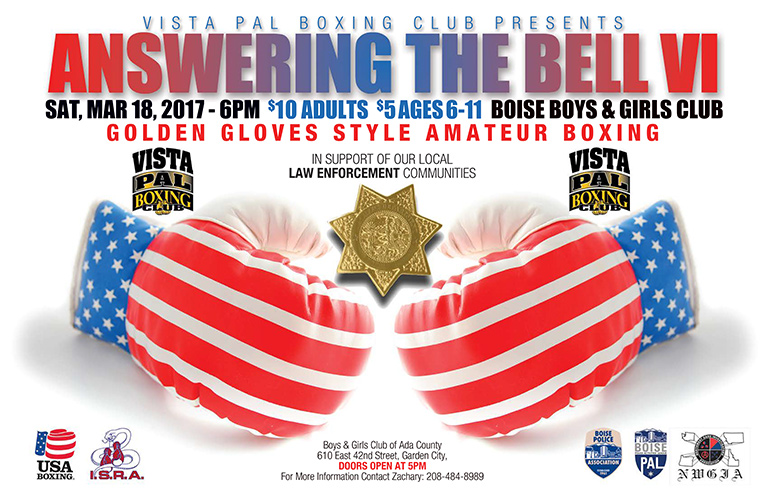 The event was held at the Boise State University Student Union Building.  35 at risk youth were hand selected to participate in the event, that consisted of dinner and dessert, bowling, dancing and fellowship with police officers.  The NWGIA was able to provide a McDonalds gift card to each child, which truly made their night special.  Officers overheard numerous kids at the end of the evening telling their parents what an outstanding time they had.  It was great to see such Christmas cheer brought to children that might not otherwise had such a blessed Christmas.  The event was a huge success due to the community partnerships between officers from the Boise Police Department, Boise Gang Unit, Northwest Gang Investigators Association, Calvary Chapel and BSU.